Rev. (now Canon) Stephen Leeke was inducted on Tuesday 11th September 2001 (a date memorable for other reasons) at 7:30 p.m. by the Bishop of Huntingdon and the Archdeacon of Ely.

From 1987 until his move to St Martin’s Stephen was priest-in-charge/rector of Warboys, Bury, Wistow and Broughton, and also since 1992 Rural Dean of St Ives.

In March 2005, Stephen was appointed an Honorary Canon of Ely Cathedral.

Stephen retired in 2015. His last Sunday was 19th July. He and Margaret will be living in Ely in retirement.

Here is a photograph of Stephen and Margaret, taken shortly before moving to the parish: 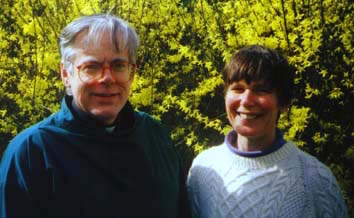 We meet on the first and third Thursday of each month from 12:30 to 15:00.
There is a 2 course Lunch with activities (board games, quizzes, music, crafts etc.) The price will be £4.00 Everyone welcome!

Safe Spaces is a service for victims and survivors of church-related abuse. See our safeguarding page for a link to information about it.

Click here to see how we can help you celebrate the arrival of a new child.

Come and join us for breakfast church.  It is a time when we eat together, have activities and look at God's word in a new way. There are songs, videos, craft and breakfast! 9am on the first Sunday of each month in St Martin's Church Hall. There is a 10:30 service on Zoom only.

Click here to find out about our building project. There are links to a questionnaire and to information on giving to support the project.

We are able to accept donations by credit/debit card - click here. More general information about giving to support our work is available here.

St Martin's and St Thomas's have both been awarded certificates for the Mayor's Volunteer for Cambridge Awards 2020-2021. The award is made in recognition of the outstanding service to the community of Cambridge during the Coronavirus Pandemic. The certificate and covering letter for St Martin's are here.

Fiona Stern has been our Church Office Manager since November 2020. The office is open from 10:00 to 13:00 on Tuesday, Thursday and Friday.

All information relating to the COVID-19 Pandemic is here. 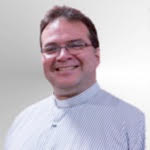 A calendar of events can be found on our pages on 'A Church Near You', here.